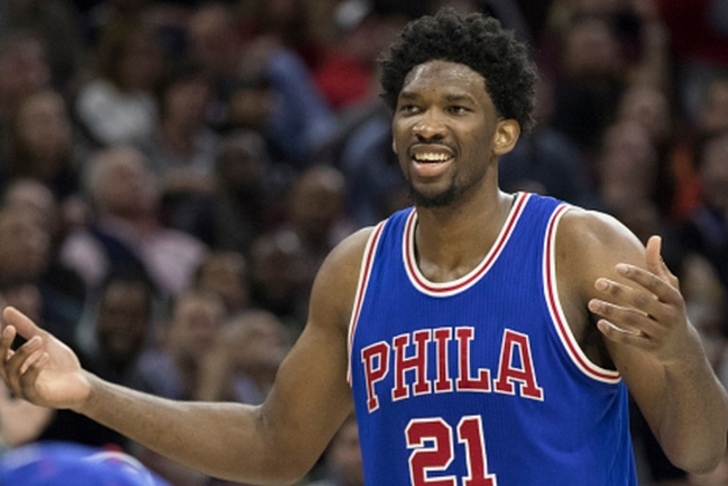 The Philadelphia 76ers are working on a contract extension with big man Joel Embiid, but will not comment on negotiations until they are done, according to The Morning Call.

An NBA source said Thursday that the 76ers won't "comment on any details of contract discussions or negotiations until (they've) concluded" regarding a potential Joel Embiid contract extension.

On July 1, Embiid became eligible for a four-year, $100 million or a five-year, $130 million extension that would begin in the 2018-19 season. The Sixers and Embiid's representatives have until the mid-October start of the regular season to work out the details. If not, Embiid would become a restricted free agent next July.

Embiid has only played in 31 games in his career out of a possible 246 games in his first three seasons, including the entirety of the 2014-15 and 2015-16 seasons due to foot surgeries.

However, he was incredibly efficient when he saw the court this past season, averaging 20.2 points, 7.8 rebounds and 2.5 blocks in just 25.4 minutes per game.