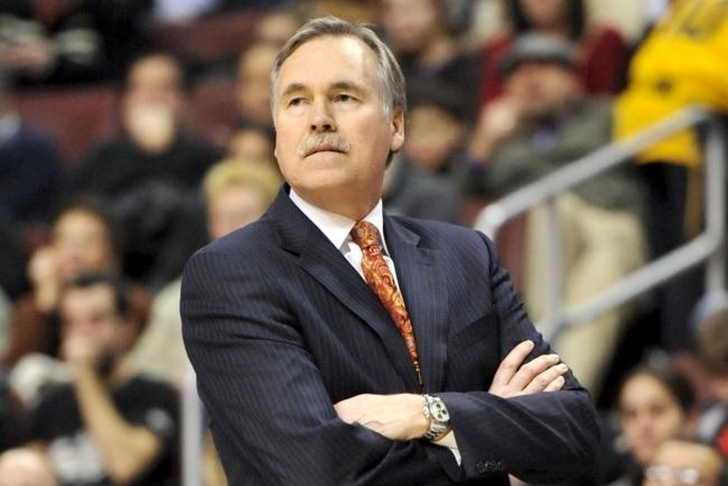 The Philadelphia 76ers have hired longtime NBA head coach Mike D'Antoni to be the team's associate head coach, according to the Inquirer.

D'Antoni has spent time as the coach of the Denver Nuggets, Phoenix Suns, New York Knicks, and Los Angeles Lakers. He hasn't coached since stepping down from the Lakers job following the 2013-14 season, but has been connected to several openings since then.

D'Antoni is best known for his "seven seconds or less" offense with the Suns from 2003-2008, which was the first to utilize smallball, an increased stress on three-point shooting, and a fast-pace offense. He led Phoenix to two Western Conference Finals and won NBA Coach of the Year for the 2004-2005 season, but struggled with both the Knicks and Lakers.

The Sixers are in the mix of changing the structure of the organization. Head coach Brett Brown agreed to a two-year extension with Philadelphia last week, and they brought in USA Basketball's Jerry Colangelo to be the chairman of basketball operations.

Colangelo has several ties to D'Antoni over the course of their careers. He was the owner in Phoenix during D'Antoni's time with the Suns and is the chairman of USA Basketball, where D'Antoni serves as an assistant coach.

Follow our Philadelphia 76ers news page for all the latest Sixers news!