76ers Draft Rumors: Philadelphia To Take Either Dennis Smith Jr. Or De'Aaron Fox With No. 3 Pick? 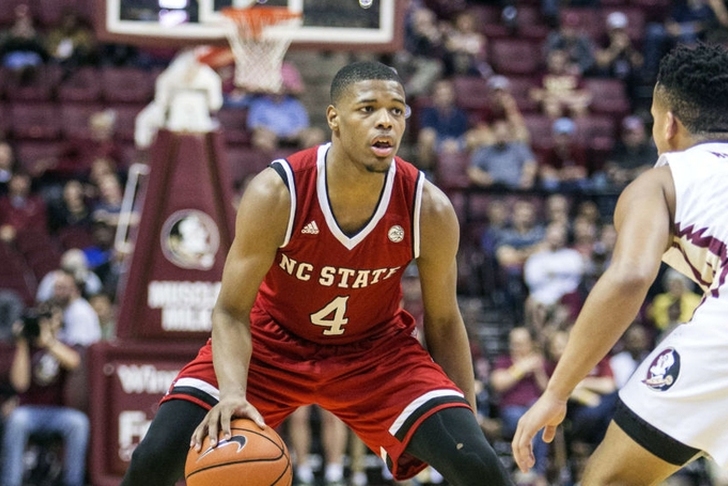 The Philadelphia 76ers are looking to address their needs in the backcourt with the No. 3 overall pick in the draft, but with rumors of them moving Ben Simmons to point guard, their focus was expected to be on Kentucky's Malik Monk or Kansas' Josh Jackson.

However, it does appear that point guard is a top priority for them - and they've identified two of their top targets. According to Stefan Bondy of the New York Daily News, the Sixers are very interested in Kentucky's De'Aaron Fox and NC State's Dennis Smith Jr.

The Sixers like both De'Aaron Fox and Dennis Smith Jr. for the third pick, according to sources.

Fox has drawn a lot of interest since the combine from teams picking in the top five, and the Sacramento Kings have taken a very strong liking to him. Their interest in him may simply be a smokescreen to try and get a team like Sacramento to trade up.

Smith is more of a combo guard than a true point guard, so Philadelphia could be interested in him playing alongside Simmons in the backcourt. However, he's projected to be drafted in the 5-10 range, potentially giving the Sixers another reason to trade back if they so choose.