76ers Draft Rumors: Philadelphia May Trade Down To Pick Dennis Smith Jr., Also Considering Him At No. 3 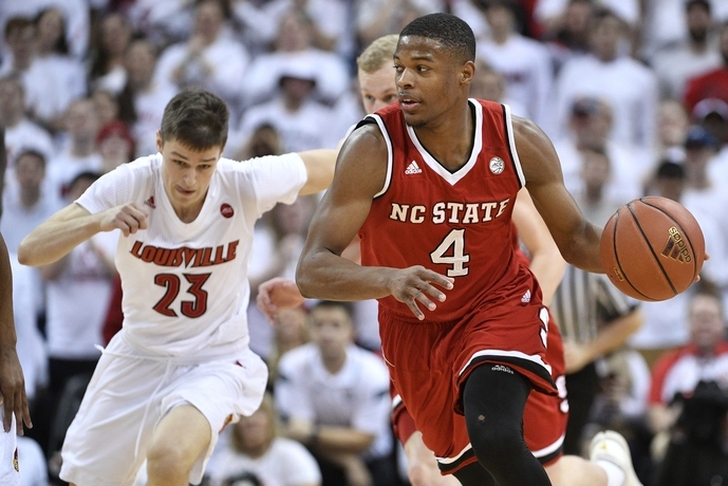 The Philadelphia 76ers are looking to address their needs in the backcourt with the No. 3 overall pick, but with them moving Ben Simmons to point guard, they have been heavily linked to Kentucky's Malik Monk.

However, it seems unlikely that they will keep the pick. There has been some talk about them trading the pick to the Kings and getting the No. 5 and No. 10 picks in return, as well as them talking to other teams about possibly moving down in the draft.

Such a move makes sense if they want to draft Monk, who is projected to go in the back half of the top 10, but they have also taken a strong interest in Dennis Smith Jr., according to ESPN's Ian Begley.

Some members of the Sixers organization are fans of Smith Jr., per league sources. Philadelphia owns the No. 3 pick and would presumably trade back to acquire Smith Jr.

The Sixers were one of six teams in attendance for Smith's private workout this week.

Smith is more of a combo guard than a true point guard, so Philadelphia could be interested in him playing alongside Simmons in the backcourt.

He's also projected to be drafted in the 5-10 range, which is another reason why the Sixers are looking to trade back, but some reports suggest that Philly would still consider Smith at No. 3.