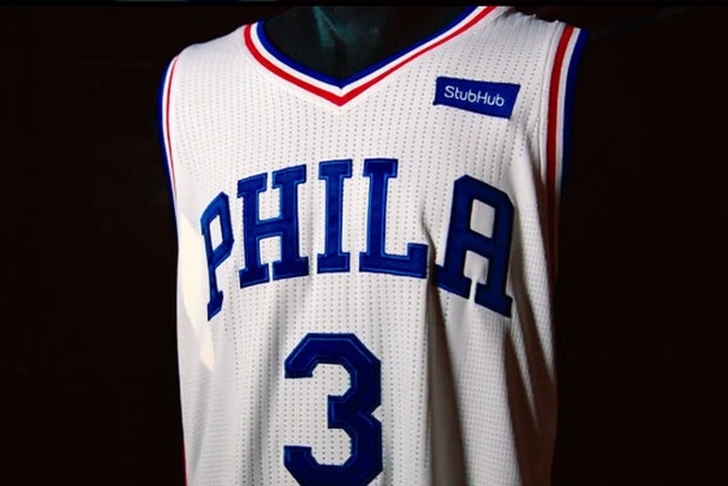 The Philadelphia 76ers announced a partnership with StubHub on Monday, reaching a three-year, $15 million deal to put the ticket company's logo on their jerseys starting with the 2017-18 NBA season.

"We are about being first, being different, being innovative and getting to market at quickly as we can," 76ers CEO Scott O'Neil said. "We're thrilled that the NBA has decided to be an innovator among the major sports leagues in this country, we're happy that we will be the beneficiaries, and we know that being first here will drive value for our partner."

NBA rules determine that a team can sell the space to any company as long as it isn't associated with alcohol, gambling or politics, or a competitor to any of the league's six biggest partners (ESPN, ABC, Turner, Nike, Tissot, Spalding).

"This is strategic beachhead property for us," StubHub CEO Scott Cutler said. "We, as a company, have been very transaction oriented. We want to be more a part of the emotional experience fans have with their teams, and we think a deal like this gets us closer."

Half of the money from the advertisement sales will go directly to the teams in a revenue-sharing pool, while the other half will go to the players and increase the salary cap.

Follow our Philadelphia 76ers news page for all the latest 76ers news!