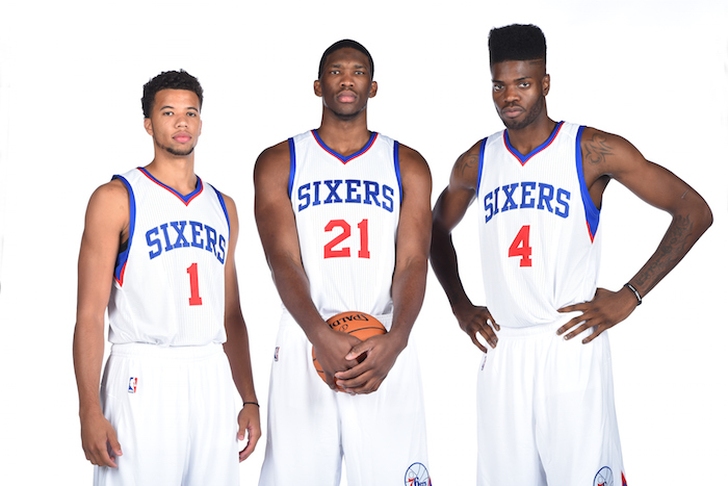 The Philadelphia 76ers announced that they will be releasing new uniforms for the 2015-16 season on their Twitter account with a 15-second video:

The video included three former Sixers greats - Wilt Chamberlain, Julius Erving, and Billy Cunningham - but no images of the jerseys.

Philly is hoping take the first steps out of their rebuilding process and towards the playoffs next season. They should have two first-round picks in the 2015 NBA Draft and will have Joel Embiid, the 2014 No. 3 overall pick, back from injury. The No. 10 pick in the 2014 Draft, Dario Saric, will still be under contract overseas for another season, but there is talk about him potentially joining the team next season as well.