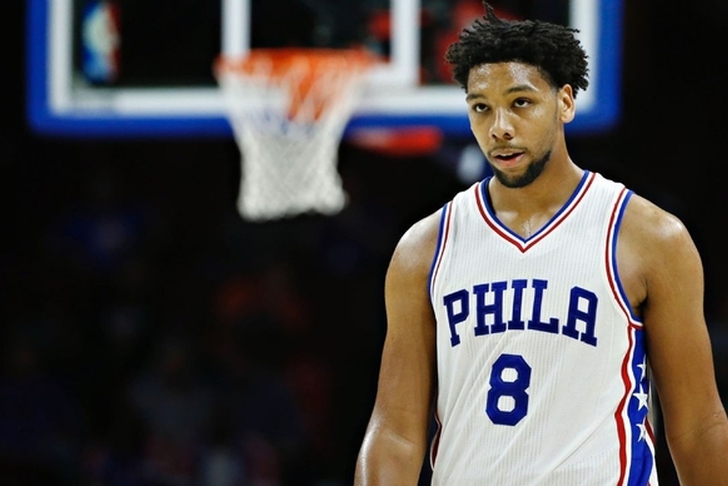 The Philadelphia 76ers hold the No. 3 overall pick in this year's NBA Draft, along with four second round picks (No. 36, No. 39, No. 46, No. 50). That gives them plenty of flexibility in the coming weeks when it comes to possible moves, which they are exploring in this deep and loaded draft class. Here are three potential draft day trades the 76ers could make:

This is a trade suggested by Bill Simmons on a recent podcast and I think it fits a bit better than the 3-team one involving the Kings he suggested on Twitter. Make no mistake: it's a lot for the 76ers to give up. Saric looks like a long-term piece and the Sixers waited patiently for him to come overseas. And that Lakers pick could easily be in the lottery, even if the Lakers will be a better team than they were last year. But is it worth it to land Markelle Fultz, the clear-cut top prospect in this year's draft? Perhaps and a Fultz-Simmons-Embiid grouping has elite potential if they can all stay healthy.

This is not the first time a Okafor-Knight trade has been suggested. Okafor's trade value is tough to determine, since the former No. 3 overall pick has struggled in Philly. Knight carries a much larger contract, but this deal makes sense for both sides. The Sixers get to move down and land Malik Monk (or whomever they covet), while getting more guard help. The Suns get a potential long-term center to replace Alex Len and get out of Knight's contract. A second round pick or two could also be involved (in either direction) to help balance out the value. The 76ers have four of them this year, so why not give one up.

As far as projected draft day trades go, this seems to be a pretty popular one. The 76ers can trade down and land Malik Monk, who seems to be a perfect fit for what the roster needs right now (a scoring guard). They also land an extra first rounder to spend on whomever they want (or trade that too). The Kings can move up to either secure a point guard like De'Aaron Fox or one of the top two wings in Jayson Tatum or Josh Jackson.

Check out our Philadelphia 76ers team page for all the latest 76ers rumors or download the Chat Sport App!