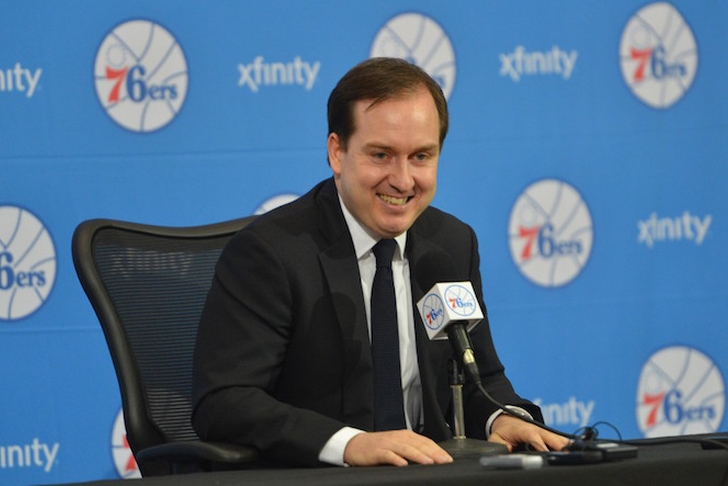 The Philadelphia 76ers hold a multitude of picks in the NBA Draft, including the No. 3 overall selection, and general manager Sam Hinkie has shown that he's not afraid to mix it up on draft night. Here are three trades they could make:

The Sixers are all about acquiring assets, and they’d gladly take some extra cash to only move back one spot to still draft Emmanuel Mudiay, who Philadelphia is rumored to be very interested in. This slight move up for the Knicks would ensure they would be able to draft D’Angelo Russell or Kristaps Porzingis, whoever they like more, without having to worry about what Philadelphia does.

This is an aggressive move, especially for the Sixers, but moving three of their five second round picks for the opportunity to add another impact player would be worth it. Philadelphia has to start breaking out of their constant rebuilding effort at some point, and this would be a big step in doing so.

In the ultimate move to acquire more assets, the Sixers could move back two spots, still draft Mudiay (or Porzingis or Justise Winslow), get an extra draft pick and some cash. The Magic are rumored to be extremely interested in Porzingis, so this move would allow them to take him.