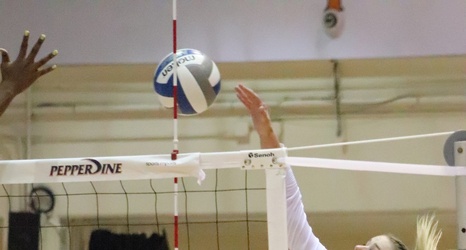 With two freshman setters, their leader temporarily sidelined by an injury and a freshman hitter starting every match, Pepperdine Women’s Volleyball had every excuse to falter in their home-opening tournament.

Despite slow starts in each match, the Waves refused to falter. They defeated California Baptist University and Fairfield University in their first two home matches of the 2019 season before battling and falling to Texas A&M in the Pepperdine Tournament finale.