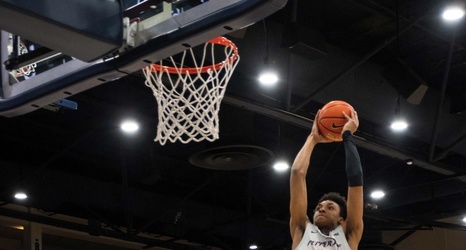 Freshman guard Houston Mallette attempts a jump shot versus BYU on Feb. 12. Mallette scored a career-high 31 points and was perfect from the floor for a majority of the game. Photos by Lucian Himes

Pepperdine Men’s Basketball (7-20) rallied late in the second half but fell short in a heartbreaking loss to Brigham Young University (19-8) with a score of 91-85.

It was a battle of the point guards as both Pepperdine’s freshman guard Houston Mallette and BYU’s senior guard Alex Barcello had career-nights. Mallette finished the game with 31 points on nine-for-11 shooting and was five-for-six from three.