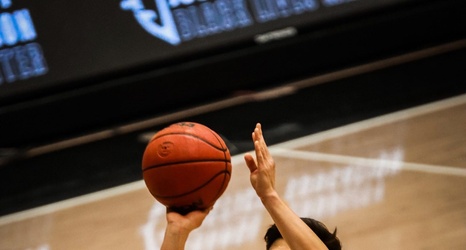 Men’s Basketball senior guard Jay Yoon looks for an open teammate versus Gonzaga on Feb. 16. Yoon said his dream is to see the 1% of Asian Americans in the NCAA grow tenfold. Photos courtesy of Jay Yoon

One of them resides in Malibu, Calif.

Four letters stitched on the back of a jersey represent a story of strength, perseverance and dedication.