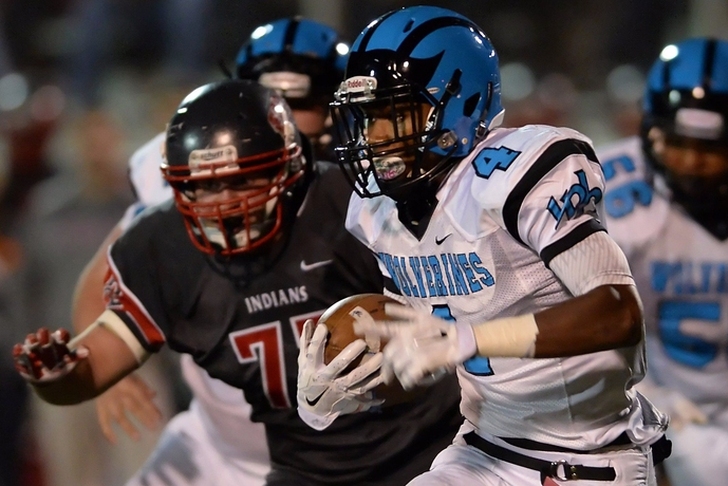 The Penn State Nittany Lions are in the process of putting together yet another solid recruiting class under James Franklin. The Nittany Lions already have several players committed, but they aren't done yet. They're making a strong push during the last month of recruiting as we heads towards National Signing Day on Wednesday, Feb. 3. Here's all the latest news and rumors you need to know for Penn State football recruiting.

Top RB Won't Take Other Visits
Miles Sanders is the No. 1 running back in the nation and the No. 31 overall player. He tweeted Sunday that he won't take any official visits outside of visiting Happy Valley. Several teams were going after Sanders, but he's going to be a Nittany Lion next year.

"For sure, I am fully committed to Penn State," Joseph said. "There’s not been any shift in my commitment. I was thinking about it earlier, but I had several good talks with some people at my school and my parents about staying strong with Penn State."

Joseph is the No. 12 strong-side defensive end in the nation.

Where Penn State's Class Sits
Penn State is dealing with an offseason full of change, but are still ranked No. 17 in Rivals.com's rankings. The team has just 18 commits at the moment, and only four teams with that amount or fewer are ahead of PSU. The gem of the class is Sanders, but there are six other four-stars committed.