Penn State Football: The Top 7 Recruits James Franklin Is Targeting For The 2017 Class 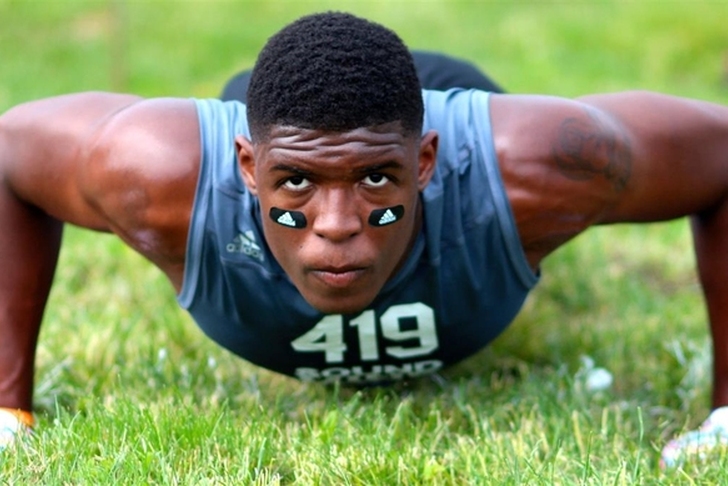 The Penn State Nittany Lions just put the finishing touches on another top recruiting class in 2016, and head coach James Franklin and his staff have already turned a large majority of their attention to the 2017 class. Here are the top seven prospects that Penn State is targeting in the 2017 recruiting class:

7) Robert Hainsey, OT
The first of two players on this list from IMG Academy, the 6'5", 270-pounder has a top four of Michigan, MIchigan State, Ohio State, and Penn State, but the Nittany Lions are clearly the favorite to land him at this point.

6) David Adams, LB
The 6'2", 230-pounder is ranked as the No. 2 inside linebacker in the country committed to Notre Dame last month, but Penn State was neck and neck with the Irish before he committed. Franklin and his staff are working to flip him, and the 247sports Crystal Ball still expects him to end up in Happy Valley.

5) Lamont Wade, CB
Wade already has offers from virtually every major conference school, but Penn State is right at the forefront to land the 5'10", 185-pounder, along with Ohio State, Michigan, and Pitt.

4) D'Andre Swift, RB
Swift is the top-rated all-purpose running back in the 2017 class, and has a boatload of scholarship offers as a result. However, the Philadelphia native is very high on Penn State, and the Nittany Lions are the current favorite to land him.

3) Isaiah Wilson, OT
Michigan might be the early favorite to land the Brooklyn native, but Penn State has been recruiting him hard for the past year. The Wolverines are the favorite, but Rutgers, Alabama and PSU are all in the mix.

2) Donovan Peoples-Jones, WR
Peoples-Jones is the top WR in the class of 2017. He's from Detroit, Michigan, which is why it's not a surprise Penn State, Ohio State, Michigan State, Notre Dame, and Michigan are recruiting him hard. He's likely a long way off from committing to any school.

1) Joshua Kaindoh, DE
The No. 1 defensive end in the class of 2017 from Bradenton, FL, Penn State's early interest in Kaindoh has clearly paid off as they're the runaway favorite to land him, though he also has interest in Maryland and Ohio State.