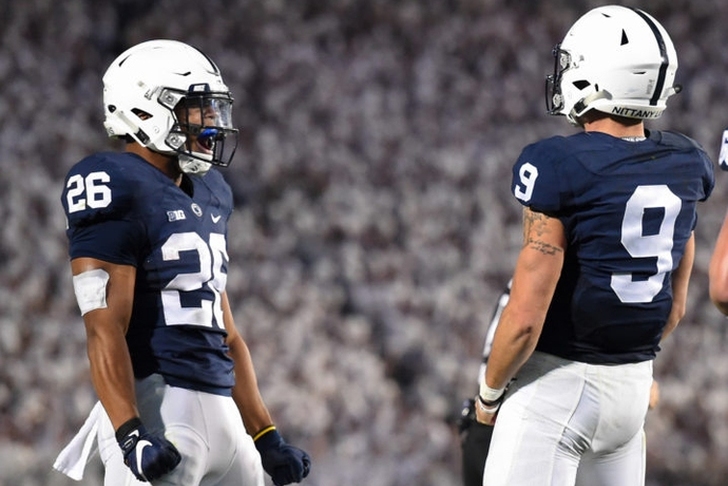 The Penn State Nittany Lions won't be playing in the College Football Playoff this season, but there's a good chance they play in New Year's Six Bowl depending on who loses the Big Ten Championship Game and how the CFP rankings shake out. There's still a wide variety of options for them, so, who can they expect to play? Here are the 3 most likely bowl opponents for Penn State this year.

Miami Hurricanes
The only slot the Big Ten has an attachment to in available New Year's Six bowls (since the Rose Bowl is a CFP playoff game this year) is the Orange Bowl, even though that can go to a Big Ten team, SEC team, or Notre Dame. Should the Nittany Lions get sent there, there's a great chance they'll face a Miami team that gets to stay in their hometown. Plus, Saquon Barkley and Penn State's offense vs. the Turnover Chain would be an easy game to sell.

USC Trojans
If not Miami, USC presents a good option from the Pac-12. They're destined for a New Year's Six bowl with a win over Stanford in the Pac-12 title game - and who doesn't want a rematch of last year's epic Rose Bowl?

UCF Knights
Of all the options, this one would excite Penn State fans the least. With Penn State getting an at-large berth from the CFP selection committee, they will likely be matched up with another at-large team. And, as the Group of 5 representative, that's what UCF represents. Watching these two high-octane offenses go at it would be incredibly fun despite the brand name not carrying the prestige of some of the other possible opponents.