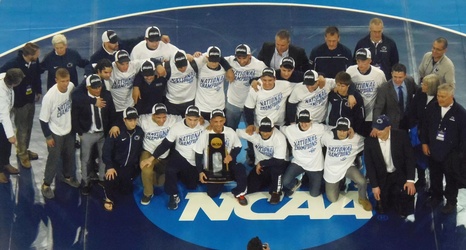 Big Ten Dual Season kicked off in earnest this past weekend, and Penn State fans got an up-close and personal look at the two primary approaches employed by opponents of this era’s wrestling dynasty.

Friday Night in Evanston against Northwestern got pritTEE yawny.

But back home on Sunday against Wisconsin, the confines were friendly, but the opponent brought some serious fight.

On Friday after Jason Nolf & Mark Hall’s bouts against plodding Northwestern opponents (one of whom was ranked #3 in the country), I quipped:

So yesterday, after watching a wholly different experience in the way Wisconsin battled Penn State, I got more curious about each teams’ coaching staffs and what kind of wrestlers they were when they were on the mat.