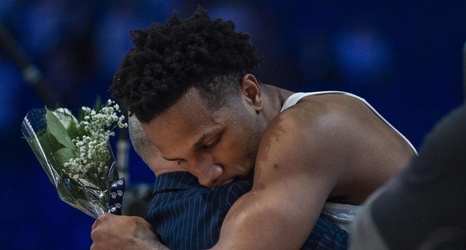 Sandy Barbour, the vice president of intercollegiate athletics, spoke to the media on Thursday to discuss some of the rapidly changing developments regarding the state of Penn State athletics.

One of the topics that Barbour touched on during her Zoom call was the sudden end to the season for Pat Chambers and his team.

Barbour said that she first received the news shortly after touching down in Indianapolis on March 12, the day that Penn State was supposed to play Indiana in the second round of the Big Ten Tournament.

After landing and immediately going to Bankers Life Fieldhouse to watch the team during shootaround, Barbour was alerted that the Big Ten would be having a conference call.