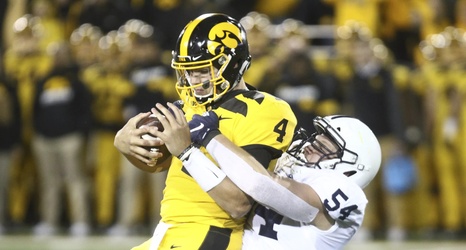 Penn State’s defense has no shortage of talent. With each week, the defense turns in a dominating performance thanks to a total group effort by each of the starters and reserves doing their job. Despite the overall talent and depth, someone will inevitably shine with a spectacular individual performance. In a defensive slugfest in a place where nothing comes easy, it was defensive tackle Robert Windsor’s turn to stand out among the rest.

Windsor was impossible to miss for anyone watching Penn State’s 17-12 win over Iowa on Saturday night. The Hawkeyes routinely had no answer for defending Windsor, as he controlled the interior line and gave fits to an offensive that likes to pound the ball down its opponents throat.