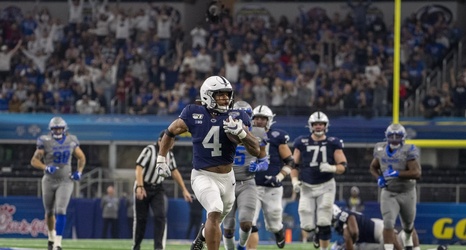 According to a late-breaking report from Lions247, Penn State could well be without the services of Doak Walker Award and potential Heisman Trophy candidate Journey Brown this season.

The report states that in statement to Lions247, the Penn State program confirmed that Brown could well miss the entire season due to an undisclosed medical condition.

“Journey Brown is being treated for a medical condition discovered during the off-season and will potentially miss the 2020 football season,” the statement said.

Brown was set to enter the season as the Nittany Lions starting tailback after a breakout second half to the 2019 season, including rushing for 202 yards on 12.