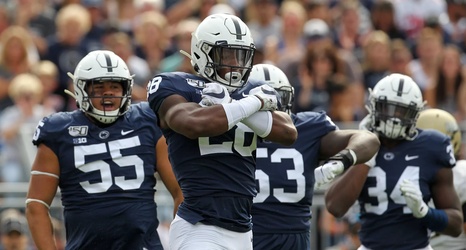 That was about everything you could ask for if you’re a Penn State fan.

The Nittany Lions dominated all three facets of the game early and often en route to a 79-7 week one victory over Idaho in front of a vociferous Beaver Stadium crowd.

In his first-career start, redshirt sophomore quarterback Sean Clifford was a bit slow to settle in, but the defense had his back.

The Nittany Lions defense began the game with seven consecutive three and outs and racked up six first-half sacks, including 2.5 for Bednarik Award candidate Yetur Gross-Matos.