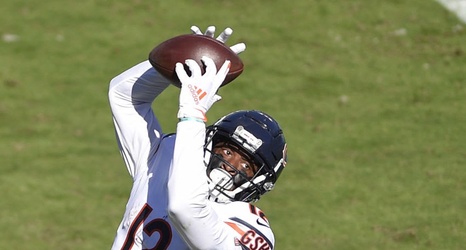 Former Penn State wide receiver Allen Robinson signed his franchise tag with the Chicago Bears earlier this offseason, locking him into a one-year deal that pays him the average of the top-five players at the position.

However, the Bears seem amenable to coming to terms on a long-term contract extension with the 27-year-old, who is among the most gifted receivers in the league.

It is entirely possible that Robinson plays under the tag this season, and the Bears have the right to use the tag on him a second time in 2022, but the cost of doing so would be quite prohibitive.