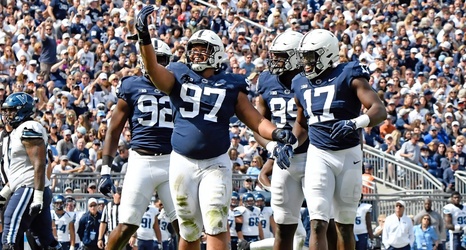 Penn State played Villanova in Beaver Stadium on Saturday afternoon. The game was largely decided shortly after halftime and the Nittany Lions played backups for the large majority of the fourth quarter.

Here are some of the takeaways from across the net on said American football game.

Nittany Lions Wire gives its instant reaction from what was a casual, comfortable victory.

Our own Marty Leap gives us his four takeaways from the Penn State performance.

Similarly, Tim Aydin is back in his regularly scheduled role of assigning position grades for each Penn State group.