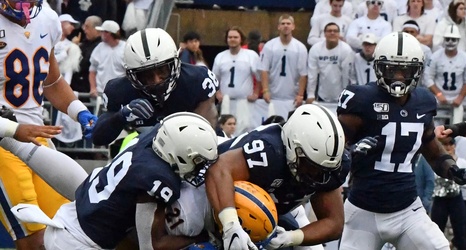 The oddsmakers are expecting a tight contest when Penn State and Memphis meet in the Cotton Bowl on Dec. 28. Penn State has opened as a seven-point favorite against the Tigers, who finished with a 12-1 record.

Memphis is coming off a dramatic 29-24 victory on Saturday against #20 Cincinnati in the American Athletic Conference Championship Game. It was the second time the teams met in as many weeks, as the Tigers bested the Bearcats 34-24 to wrap up the regular season. Memphis also had a victory against SMU, who was ranked 15th at the time, in a home game that was the ABC prime time game of the week.