Penn State men's basketball is having a magical season, but it hasn't come without adversity 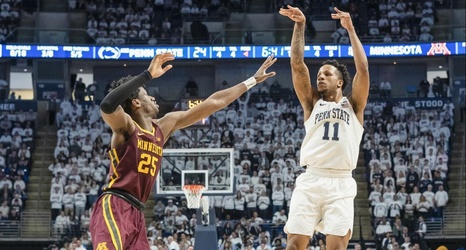 While No. 13 Penn State is going through its best season in recent memory, with not only NCAA Tournament hopes but a Big Ten championship in mind, the Nittany Lions have overcome some pretty tough situations over the course of this season.

Take their first loss of the year for an example.

Then 5-0 Penn State was set to clash with Ole Miss at the Barclays Center for the team’s first power five matchup of the season.

When Pat Chambers’ group dominated the start of the game and headed to the halftime locker room with a 16-point lead it appeared that the Nittany Lions were ready to keep their undefeated season alive, and head into the Big Ten schedule without an out-of-conference blemish.