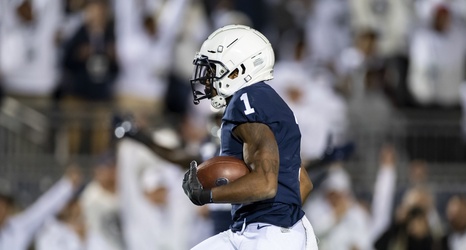 For the entire first half of the season, Penn State football head coach James Franklin has been hammering down the idea of getting wide receiver, KJ Hamler, the ball more. As Hamler has been pretty solid up until this past weekend, nobody within the Nittany Lions locker room was fully satisfied with Hamler’s production to date.

No, that’s not to say that Hamler has been underwhelming. That narrative couldn’t be further from the truth. It’s more about the fact that Hamler is so good, that even just doing good, it seems like it may not be enough.