Penn State Football: James Franklin all but puts end to any QB competition 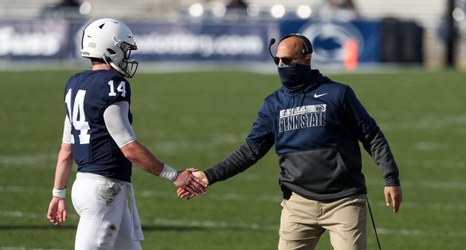 Media access is few and far between when it comes to spring practice, and that will be especially true this year with Penn State Football’s annual Blue-White Game not not being televised and not allowing media members inside Beaver Stadium.