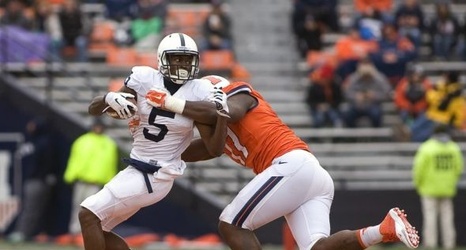 Soon, the Penn State football program will be welcoming some very special guests to Happy Valley. Next week, HBO camera crews will return to campus to get an inside look at Penn State’s preparation for their home game against Purdue on October 5th.

Based off of the first look, HBO was already on campus before getting a sneak preview at the Nittany Lions during one of their indoor practice sessions at some point over the last few weeks. For the official trailer, the network also filmed an interview with the head coach, James Franklin.

For the short, four-episode series, Penn State will be featured on the second episode, which is set to air on Wednesday, October 9th, 2019.