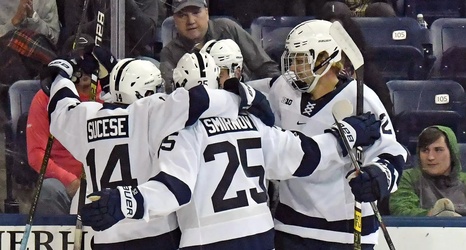 Led by a 42-save performance from Peyton Jones, the Nittany Lions topped Michigan 3-1 for their first victory at Yost since Nov. 21, 2014, ending a nine-game losing streak on Wolverines ice.

Jones, who was pulled after the third goal in last night’s 4-1 loss, was at his best as the Nittany Lions were hanging onto a one-goal lead during the third period. The senior netminder stopped 19 shots during the final frame, highlighted by a diving glove save with in the closing minutes.