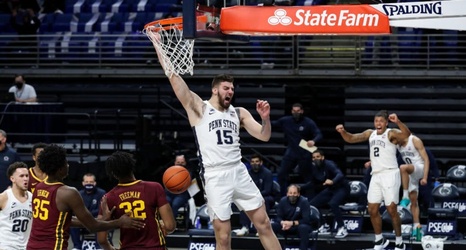 Penn State Basketball has scheduled a “home and home” series with the University of Massachusettes, starting in Amherst this season, according to CBS Sports’ Jon Rothstein.

This is normally the time of year where these multi-year contracts start to be leaked or announced so expect to see a few more of these in the coming weeks.

UMass is a fun opponent from back in Penn State Basketball’s days in the Atlantic 10 Conference.