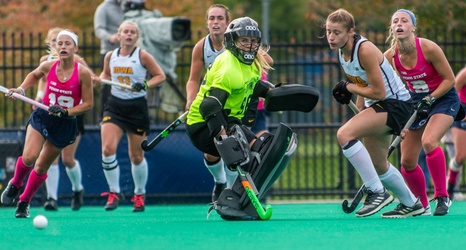 The Nittany Lions — 25-27 overall and 11-13 in the Big Ten — secured the sixth seed in the tournament. It will be their first postseason appearance since 2012 and first with coach Rob Cooper at the helm.

The Hawkeyes — 32-17 overall and 16-7 in the Big Ten — are the conference's third seed, making them one of the early favorites to make a deep tournament run.