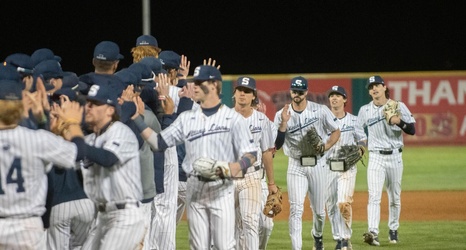 For the first time in the Rob Cooper era, Penn State will play in the Big Ten Tournament.

Despite an 18-7 loss to Illinois, the Nittany Lions clinched a postseason berth Thursday night after Nebraska fell to Michigan State and and Northwestern fell Minnesota.

The blue and white will travel to Omaha, Nebraska, along with seven other Big Ten schools, in its first postseason appearance since 2012.

Penn State continues its weekend home series with Illinois — with games scheduled for Friday at 6 p.m. and Saturday at 10 a.m. — in pursuit of locking up the tournament's fifth seed.