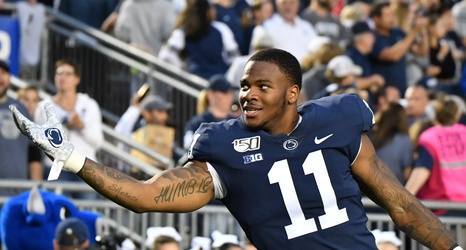 The sophomore linebacker leads the Nittany Lions in tackles with 57 and has been at the center of what is one of the best defenses in the nation through eight games.

For his efforts, Parsons has been named one of 12 semifinalists for the Butkus Award, given annually to the nation’s best linebacker.

Two Nittany Lions have one the award previously, with Paul Posluszny taking home the honor in 2005 and LaVar Arrington doing so in 1999. Shane Conlan (1986), Andre Collins (1989), Brandon Short (1999), Posluszny (2006) and Dan Connor (2007) have all also been named finalists in the past, according to the press release sent out by Penn State Athletics.