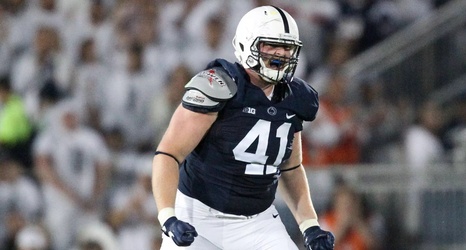 One of the more underrated players of the decade, Parker Cothren was a two-year starter at defensive tackle for the Nittany Lions in 2016 and 2017. The Alabama native didn’t put up the gaudiest stats in the world — 68 career tackles, 9 TFLs, and 5 sacks — but was an anchor on the defensive line for back-to-back 11-win seasons.

Fun fact: Cothren chose the number 41 because his favorite television channel as a child — Cartoon Network — was channel 41 for him.