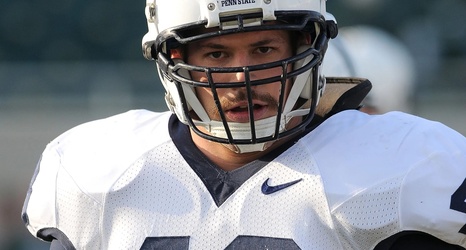 Through the years of Penn State football, we’ve been blessed by a plethora of talent wearing the number 43. Some of the players considered for today’s vaunted position of Days Until included such notable names as Brandon Short, Adam Taliaferro, Michael Zordich Sr, Al Gursky, and Mike Hull (even simply saying “only the Hulls until Penn State football” was considered).

Ultimately, the choice came down to facial hair.

Before growing out his admirable ‘stache, Josh Hull joined the Penn State football team as an in-state walk-on in 2005. He redshirted his first season in Happy Valley, and saw some backup and special teams time the next two seasons.