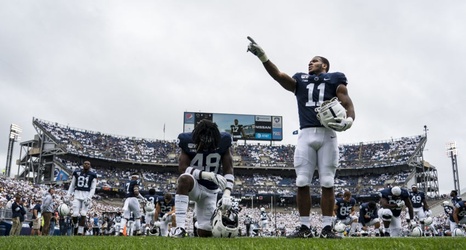 Penn State Football inside linebacker Micah Parsons has the chance to hear his name called in the top-10 picks of the 2021 NFL Draft later this month, but might have his sights set on a team — and situation, just outside the top ten.

The NY Giants, who boast former Penn State Football defensive line coach Sean Spencer in the same role on head coach Joe Judge’s coaching staff are scheduled to pick No. 11 overall later this month, and Parsons says reuniting with one of his former coaches would certainly be intriguing.