Midweek Musings - Scoring Against a Group of Five Team 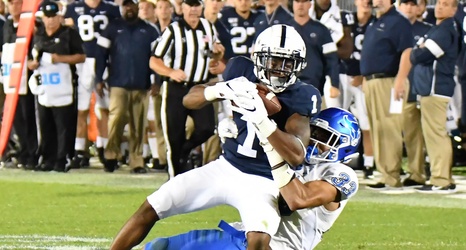 Penn State defeated Buffalo 45-13 this past weekend, and that final score looks about right for a top 15 team against an average G5 team.

But of course as we all know, the final score doesn’t tell the whole story. Buffalo put together an extremely effective gameplan intended to prevent Penn State from scoring - in short, control the clock, and turn super saiyan on third downs.

As a result, the Lions went into halftime trailing 10-7, before making halftime adjustments and outscoring their foes 38-3 in the second half.

The internet exploded with angry takes on who exactly should be fired or benched, when in reality both the players and coaches were well on their way to fixing what needed to be fixed, and putting away a pesky opponent.