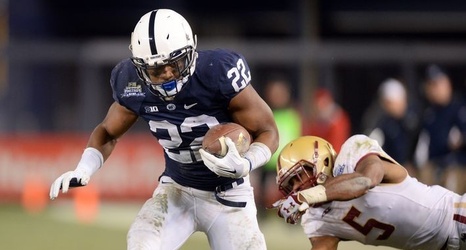 Former Penn State running back Mark Allen may have graduated and left the Nittany Lions, but that doesn’t mean his college playing days are behind him.

Allen announced on his twitter page Wednesday that he will graduate transfer to Duquesne University in Pittsburgh and be immediately eligible to play for the Dukes.

Duquesne plays in the FCS Northeast Conference and went 9-4 a year ago on its way to a top-25 finish.

Allen was a three-star recruit in the class of 2014 who initially pledged his commitment to Bill O’Brien and then stuck with the Nittany Lions when James Franklin came on board.