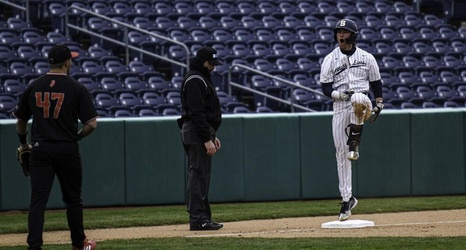 Penn State's series-opener against Illinois on Thursday will be starting at a new time.

Game 1 of the blue and white's regular season-ending matchup will be broadcast on the Big Ten Network at 5 p.m.

ud83dudea8Schedule Updateud83dudea8Our series opener vs. Illinois on Thursday will now be broadcast on @BigTenNetwork! Game time has been moved up to 5 p.m. at Medlar Field at Lubrano Park!ud83dudcf0 https://t.co/v0mhma9EvH#WeAre pic.twitter.com/ARK9saqZoR

The following two games remain as scheduled, with the second contest scheduled for Friday at 6 p.