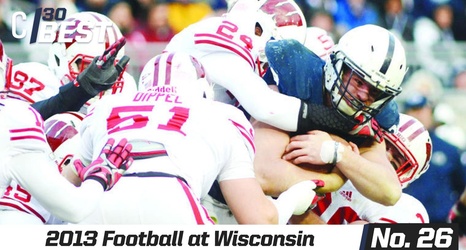 Editors’ Note: Each day of the month of April, the Daily Collegian Sports Staff will reveal one entry from the list of the 30 best Penn State sporting events in the last decade.

Penn State traveled to Camp Randall Stadium in the final week of the 2013 season as 24-point underdogs.

After an up and down season, many predicted a Wisconsin blowout as the Badgers looked to secure a place in a BCS bowl.

But Penn State, behind a great game from freshman Christian Hackenberg, defeated No. 15 Wisconsin, 31-24.

The two teams combined for 924 yards of total offense in a thrilling contest.