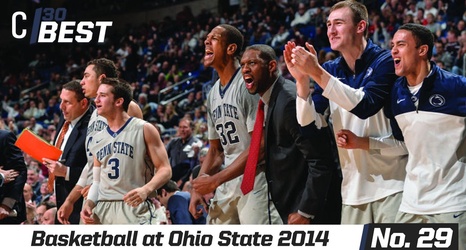 Editors’ Note: Each day of the month of April, the Daily Collegian Sports Staff will reveal one entry from the list of the 30 best Penn State sporting events in the last decade.

The 2013-14 season was not a banner year for Penn State, but Pat Chambers’ group still managed to pull out one of the more memorable wins in his tenure that season.

After going 10-10 in their first 20 games and dropping five of their first six to open Big Ten play, the Nittany Lions’ chances of knocking off then-No. 24 Ohio State appeared to be slim.