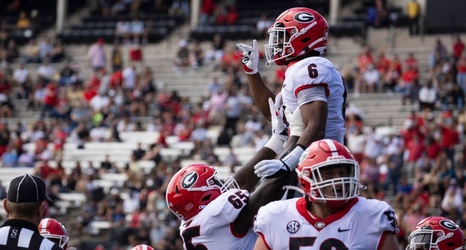 After a scare atop the College Football Power Rankings last week, the Alabama Crimson Tide once again proved why they're the team to beat until further notice.

Both Alabama and Georgia rolled to big victories in Week 4 to establish a clear top 2.

Oregon and Iowa both underperformed as heavy favorites, but their unblemished records keep them in the top 5.

Given the uneven performances from some top teams, Penn State climbs to its highest position in this season's rankings, while Arkansas is the biggest riser of the week after a convincing 20-10 win over Texas A&M in the Southwest Classic.