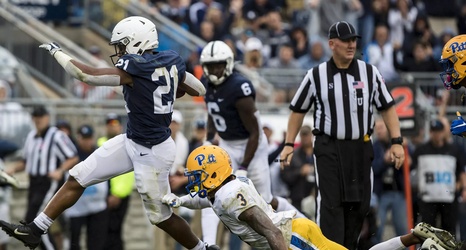 Assuming that health isn’t an issue for either this season, I would obviously go with Journey Brown, but I think it’s closer than most folks think. People forget that Journey was a bit forgettable through the first eight games of the 2019 season: 297 rushing yards and just 3 touchdowns. Only one 100-yard-plus rushing game (Pitt), and that was aided by his 85-yard scamper.

He clearly ended the year incredibly, and it’s perfectly logical to think that things finally clicked for him. But as good as 2019 was for Journey, it was inconsistent, which was kind of the story on him through his first couple years on campus.