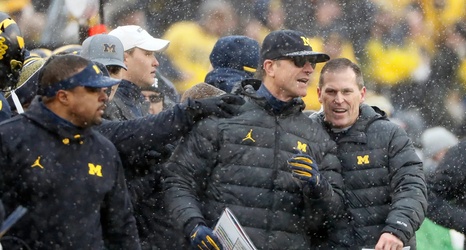 It was an exciting weekend in the Big Ten. The preemptive favorites to break into the Big Ten Title game — Ohio State and Wisconsin — both lost, opening the way for some new blood in Indianapolis this Saturday.

Listen, I’ve made my fair share of jokes about the Michigan Wolverines over the years. From the recruiting updates where I would say “the Big Ten powers, and Michigan too, are after him...” to grouping Michigan in with Rutgers and Maryland as “lower tier” Big Ten programs, I’ve rather consistently jabbed Michigan for not winning a Big Ten title since 2004.