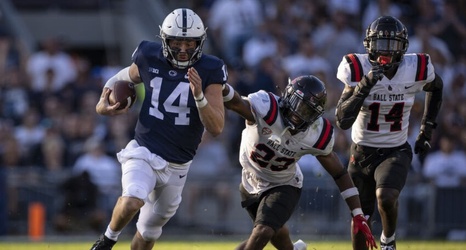 Penn State Football made easy work of Ball State, ahead of a massive showdown against Auburn, but where do the Nittany Lions stand in this week’s Big Ten power rankings?

The second week of the college football season was another wild one.

Four ranked teams lost, and a few others were on the ropes against inferior opponents for the majority of their games.

The most notable win, and loss, of the weekend both came in the Big Ten, as Iowa got the job done on the road at Iowa State and Ohio State shockingly fell at home to Oregon.