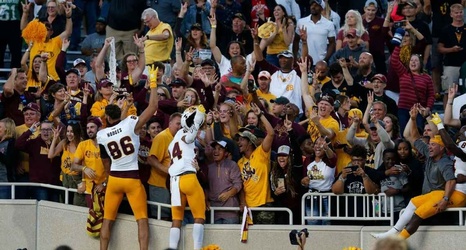 It's hard to win football games. Coaches talk about this all the time, usually to explain why fans should take some 40-point underdog seriously, but it's still probably true. At least, it was Saturday.

On a weekend in which there were zero matchups of ranked teams, we were treated to a delightful menagerie of weather delays, frisky FCS teams, brutal special-teams plays and a handful of memorably ridiculous decisions that proved, indeed, winning doesn't come easy.

Start in Happy Valley, where Pitt had a chance to tie its hated rival with a first down on the Penn State 1.