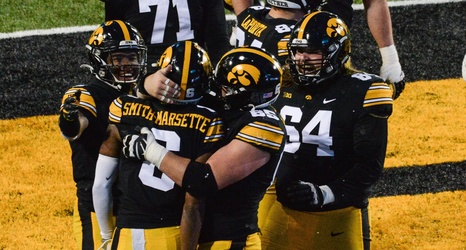 Iowa got off to a rough start with tight losses to Purdue and Northwestern. However, they turned things around in week three with a 49-7 thrashing of Michigan State, and would not lose the rest of the way. The six-game winning streak included a victory over Minnesota by four touchdowns, a 20-point beatdown at Penn State, and a 28-7 win against Wisconsin. Unfortunately, the Hawkeyes 2020 season was cut short due to COVID, as the regular season finale against Michigan and the Music City Bowl against Missouri were both canceled.

Goodson is reminiscent of former Hawkeyes running back Akrum Wadley, who as you may recall, nearly single-handedly took down Penn State in 2017.