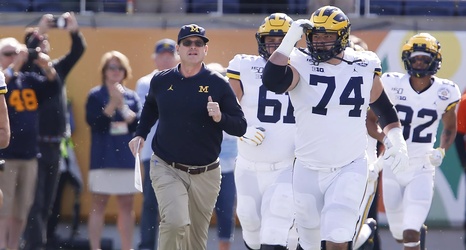 2019 was, frankly, more of the same for the Wolverines. They started in the top 10, lost to Wisconsin, Penn State, and Ohio State, and finished in the top 15, third in the Big Ten East. Their reward for a hard-fought third place finish was to take on a pissed off Alabama team in the Citrus Bowl, where they lost 35-16. All in all, it was another day - or season - at the office for Jim Harbaugh and his Michigan men.

Jim Harbaugh has long been touted as a quarterback whisperer, but his time at Michigan has been marked by the absence of recruited-and-grown QBs.