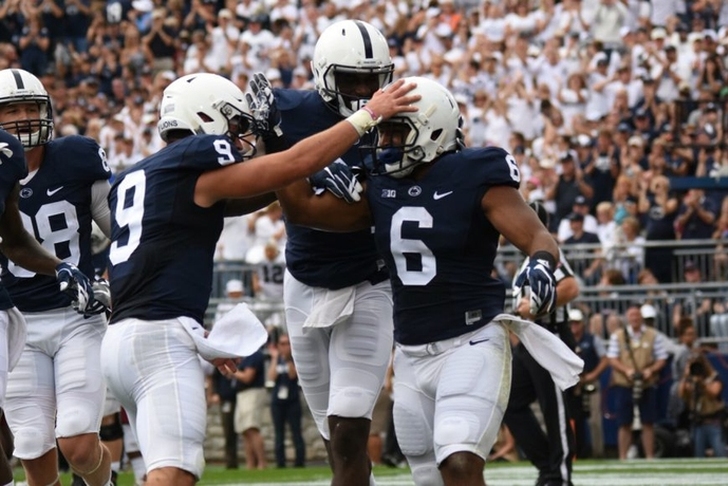 It happened in the most bizarre of ways, but the Penn State Nittany Lions got the biggest win of the James Franklin era with an impressive 24-21 comeback win over the Ohio State Buckeyes.

Ohio State appeared to have finally taken control of this defensive battle in the fourth quarter, and speedster Curtis Samuel ripped off a 72-yard touchdown run to give the Buckeyes a 19-7 lead, which they pushed to 21-7 after a safety.

Then, Penn State's offense finally came to life. After struggling all night, they put it together for one drive that resulted in a two-yard touchdown run from quarterback Trace McSorley, then their special teams took their time in the spotlight.

A blocked punt set up a PSU field goal, cutting the score to 21-17. On the ensuing drive, Ohio State looked like they were going to extend the lead with a field goal - then this happened:

Penn State blocks the FB, then returns it for the touchdown to take the lead! Happy Valley is HYPED right now! #OSUvsPSU pic.twitter.com/PdNFn5kmzB

Marcus Allen blocked the kick, and Grant Haley picked it up and ran it 60 yards for the touchdown. Penn State then ended Ohio State's comeback attempt with two straight sacks on third and fourth down.

For the Buckeyes, it is their first loss in a true road game under Urban Meyer (24-1).

Penn State plays at Purdue next weekend, while Ohio State will play host to Northwestern.