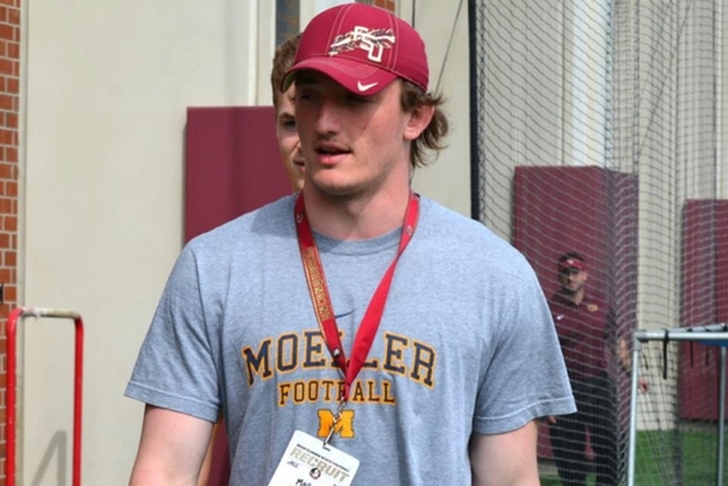 The Penn State Nittany Lions are turning up the heat on the recruiting trail during the offseason, and it's already paying dividends. Here's all the latest news and rumors surrounding Penn State's recruiting efforts:

4-star TE visits, to commit soon?
Matt Dotson, a four-star tight-end from Cincinnati, OH, visited Penn State this past weekend, and had enjoyed getting to know the program better.

Dotson plans to make a commitment at The Opening in July, and is deciding between Penn State and Michigan State. However, he says he doesn't know which school he's going to pick.

WR target favors Penn State after offer
Three-star wide receiver Mac Hippenhammer (Fort Wayne, IN) picked up an offer from Penn State last week, and that put them right at the top of the list for him.

“That was huge. That was one I really wanted. I’ve always liked Penn State a lot and I’m probably going to be visiting very soon,” he said. “It was huge. I feel like I really earned it because I went to the camp there and did my thing. I did what the coaches told me to do and performed very well they said.”

Nittany Lions offer 2020 QB
Quarterback Drew Pyne (New Canaan, CT) just finished middle school, yet he already has offers from several of the top schools in the country. Penn State become the latest team to offer him this week, the first class of 2020 prospect they have offered.

The 6'1", 170-pounder also has offers from Alabama, Florida State and South Carolina.