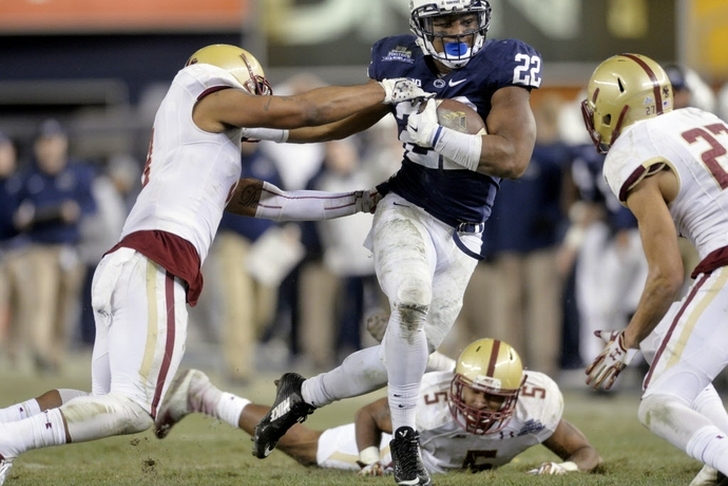 Akeel Lynch is the only running back on Penn State football's current depth chart to have run the football last season, and there's a good chance the talented running back won't be giving up much of his reps this year as he heads into the 2015 college football season as a dark horse Heisman candidate and a legitimate threat to unseat Ohio State Buckeyes RB Ezekiel Elliott as the Big Ten's marquee halfback.

"I think that Penn State is arguably Running Back U.," Lynch said following morning practice Wednesday. "From the 1960s to the 2000s, there were great running backs being drafted in the first round. I want to bring back that tradition — that Penn State can run the ball."

However, just because Lynch is the unquestioned #1 running back in fall camp doesn't mean that he's going to brush off his other responsibilities such as blocking. He knows that if he does he could easily be replaced.

"It doesn't mean, 'You can miss five blitzes and you're still the starter, Akeel, because you're the oldest,'" Lynch said. "It doesn't work like that, because these guys are good. I promise you, they're really good."