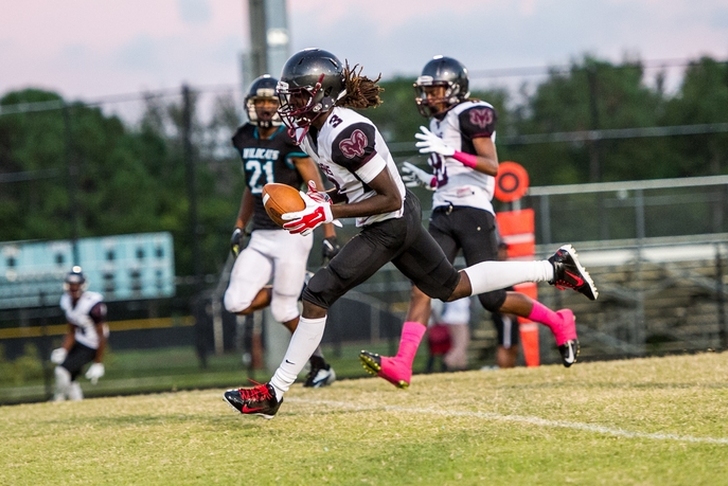 Penn State Nittany Lions head coach James Franklin and his coaching staff are already diving deep into the 2017 recruiting pool just under two weeks after 2016 National Signing Day, and one state of emphasis that's got everyone around the program talking is Florida.

Standout West Palm Beach wide receiver DJ Edwards received an offer from the team this past Wednesday, and his second Power Five offer (West Virginia) of the cycle is one that he's going to consider intently.

"It is a school that has a lot of history," Edwards said, via Greg Pickel of Penn Live.

Penn State's recent history in the state of Florida hasn't exactly been fruitful on the recruiting trail, including a miss on top 2016 target and four-star wide receiver Tre Nixon when Nixon chose Ole Miss. However, that's not going to stop Penn State from trying -- per Scout, Edwards' offer makes the ninth from the Lions to prospects in Florida. More Penn State football recruiting news inside the Chat Sports iPhone and Android apps!

As for Edwards, his recruitment process is still wide open and he's not in a rush to make a decision soon. But, Penn State at least has his attention.

"[Receivers coach Josh Gattis] said that I'm what he's looking for in a receiver," Edwards said. "He really likes my big play ability and he can evolve me into a big time receiver and would be a great fit for their program."

Other Power Five programs rumored to have interest in Edwards include Alabama, Florida, Kentucky and Wisconsin.